HuniLife has in-licensed a novel nanoparticle technology, Lactosome, for drug delivery from Shimadzu Corporation in 2016 to develop unique chemotherapy drugs for cancer.  Shimadzu, with a 140-year-historyand 11,000 employees, is a leading company in analytical instruments and medical diagnostic applications in Japan.  Chemotherapy is the most common and effective way to treat various cancers.  Lactosome-based chemotherapy drugs possess better tumor-specificity, able to reduce adverse side effects and hence increase the drug efficacy.

Lactosome is a nanoparticle technology developed by Shimadzu and Kyoto University in Japan, which is formed by biodegradable poly-lactic acid (PLLA) and poly-sarcosine (Psar).  Lactosome uses poly-sarcosine to replace poly-PEG used by Liposome.  Compared to liposome technology, Lactosome size is smaller with better tumor-targeting ability and its manufacturing procedure is easier to control.

Carfilzomib (CFZ) was approved for treating multiple myeloma in 2012.  The mechanism of action of CFZ is to inhibit the chymotrypsin-like activity of the 20S proteasome.  However, administration of CFZ is limited by its hematologic and renal toxicity and a poor pharmacokinetics (PK) profile (T1/2 in blood: <20 mins).

Multiple myeloma is a cancer of plasma cells, a type of white blood cell responsible for producing antibodies.  In advanced multiple myeloma, patients might suffer bone pain, bleeding, frequent infections, and anemia.  Many chemotherapy drugs, such as Carfilzomib (CFZ), cannot be applied to patients of multiple myeloma at higher dose due to its high toxicity and low specificity to tumors.  Thus, to improve the efficacy of CFZ, HuL002 is developed based on the novel “Lactosome” nanoparticle technology, which is now at the stage of proof of concept in animals. 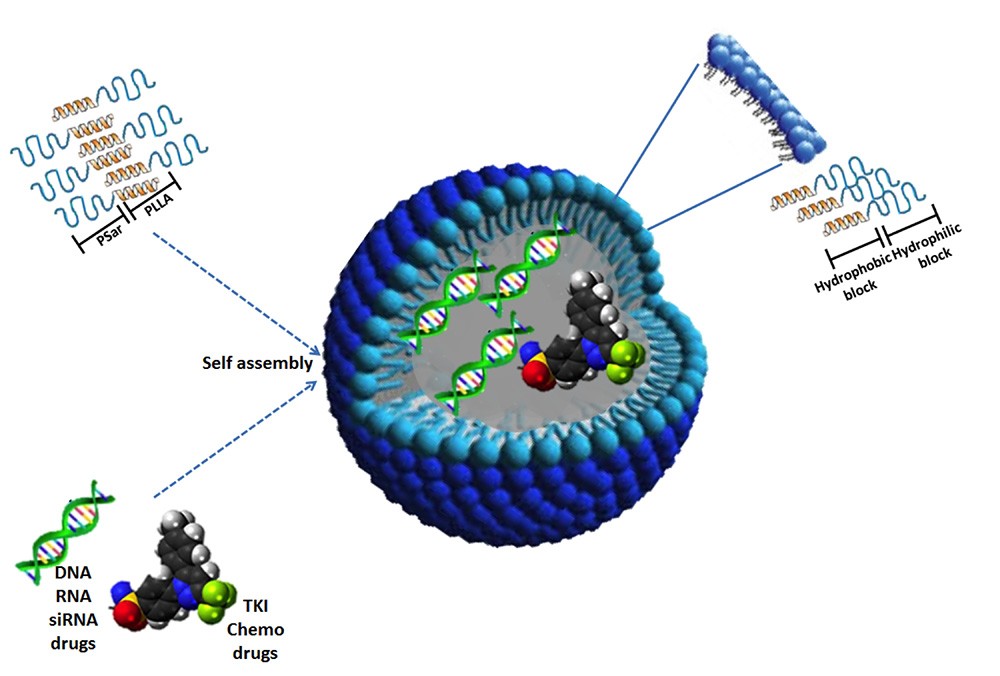